Years ago a kid named Austin reached out to me on Instagram asking if I could provide him with a skateboard, and in general I could tell he just needed someone to talk to.

He had been in foster care because his family wasn’t capable or willing to care for him, and he was scared to stay with them.

At 18 he “aged out of the system”. His foster care family wasn’t going to adopt him, and he was forced to move into his grandma’s trailer. I drove an hour north of ATL to bring him a skateboard and skate. 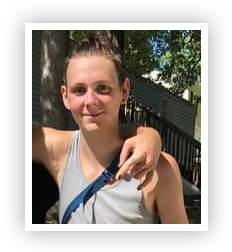 The trailer park he was staying in made the section 8 housing complexes in ATL look like the Ritz. When I got there I needed to use the restroom, and he reluctantly let me in. I immediately realized why he was reluctant as his grandma was smoking meth on the couch.

I gave him a board, and had a session. I drove up there a few more times to skate with him and his friends and hangout, and I put him on the skate team. One time we got lunch at a sit down restaurant, nothing fancy but not fast food.

He said I can’t afford to eat here, to which I replied: I got it. He had never eaten at a sit down (non fast food) restaurant before.

The last time I saw Austin was when I picked him up and brought him to our house so he could skate at our annual Skater Claus board giveaway.

When I got up in the morning and went downstairs he was vomiting into a trash can and told me he needed an ambulance. I didn’t know, but he was a type 1 diabetic, and he said he hadn’t taken his insulin in a long time because he couldn’t afford it.

He left in an ambulance & I never saw him again. A friend of his that I met while skating in his hood messaged me and told me he passed away.

He was literally too poor to live.

Everyday my wife and I regret the fact that we didn’t just adopt him as soon as we met him. We could of put him on our insurance.

It will forever haunt me.

Same time, shit like this is why Skater Claus exists. I just went to pick up my 3y/o son and on the way I gave out food and sleeping bags to several homeless individuals, maybe that will keep them alive in this cold world.

I’ll always wish there was something more I could of done… but his legacy will live on because we are committed to never have something like that happen again if we can help it.

Enjoying the site? Join for free to blog about anything that resides in Skateboarding Culture, including Social Change. Peace and LOVE!