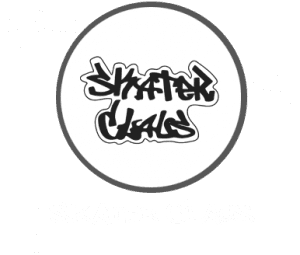 How I became an advocate of Positive Social Change

Summer of ‘98 I went to a festival called the Take Action Tour. One of the bands that played was Fifteen fronted by Jeff Ott. Ott spoke powerfully about the need to take action to create positive social change, & I took it to heart. There would be no Skater Claus without Jeff Ott.

A friend of mine that I had not yet met was also at that show and she was inspired to start a chapter of Food Not Bombs in our town to feed our homeless brothers & sisters. I saw a flyer for Food Not Bombs at the library & went to a meeting, where I met this friend & we both were floored that we had been inspired by the same speech at the same show. We both have gone on to have a positive impact on our communities by taking action. Ott’s words led me to make a dear friend & starting a program to help my community.

Even before that when I was a kid my mom was a teacher in a low-income school, and my dad was an extremely talented handyman with a DIY spirit. Every year around Christmas my mom would identify kids in her class that she knew wouldn’t be getting any Christmas presents because their family was too poor.

My dad and I would buy used bikes from thrift shops, fix them up, paint them, make them shine, and give them to those kids. There would be no Skater Claus without my dad & mom.

But I have to Take Action! Even if I only inspire a hand full of people, those people can inspire others to Take Action. Even if I fail to inspire anyone, I still know that there are hundreds of kids that got skateboards, helmets, and pads that they wouldn’t have been able to otherwise.

There are hundreds of people that were hungry that got a free meal.

Putting in the Work for Positive Social Change

Every morning around 5 AM and every night around 8 PM, I go to the bodega around the corner where the homeless convene. I bring food & eat breakfast & dinner with them.

I consider many of them to be close friends. Not long ago I went to go eat with my friends, & one of my closest friends Larry had just won $200 on a scratch lottery ticket. He insisted on giving me $10.

I refused, but he wasn’t having it. He said:

“Just take it, buy some more Vienna Sausages (a favorite of the local bodega crowd), keep doing what you’re doing. You have helped me out so much.”

This is the ripple effect.