SK8ER BOIZ, written by Christopher Sullivan, takes place during what I see as the Golden Era of Skateboarding (90-2005). The story of SK8ER BOIZ begins in 2001.

After two teen skaters form a secret romance, they’re forced to hide their relationship and navigate their fluid sexual identities into their adult lives amidst the often homophobic world of professional skateboarding.

We have come a long way from 2001, not only as a Skateboarding Community but as a Society in how we look at sexual identity, which is a human right (Go fuck a bear for all I care – no judgment here). 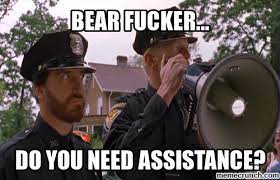 I often think I may give too much credit to Skateboarding, but I do believe that our Inclusive-by-Nature-Culture was a  contributing factor in embracing the individuals around us – gay, straight, left, right, religious or non.

Skateboarding has always been the ultimate “Judgement Free Zone” and I feel that just like the work of any human should be, Skateboarding should always be looking to improve.

This production, which was in the form of a Virtual Play due to COVID-19,  covers the timeline of the era perfectly.

So for the devout skater, this is a great watch!

There are plenty of great 90’s-00’s skate references along with some corporate skateboarding references that I enjoyed.

This production was refreshing to me because I think it bridges generational gaps that explain Skateboarding’s blemishes of the mid90’s-00’s in regards to our immaturity and, at times, obnoxious homophobia.

Moreover, I feel like this is great for the non-skateboarder to watch as well.

The writing by Christopher Sullivan was clutch.

His characters represent what a group of skater-friends is like. The ball-busting is at a level that is very much in line with the era.

In fact, I was a freshman in 1996, which is a very close timeline to the setting of the story.

So I can relate.

SK8ER BOIZ was totally relatable for me. I myself am straight and married, sorry ladies,

but am very close with many people of many different sexual orientations, and they have been and will always be my equals.

As I mentioned, this story aligns with the timeline of when I was a teen myself.

Things were definitely complicated for me growing up and one of the things that took me a while to realize was how much we become self confined to our own bubbles.

How much we group think, how much we do give a fuck what others think, and how much we try to impress others.

I think SK8ER BOIZ captured the drama of those points from a number of angles.

This brings me back to the point that those that don’t Skateboard need to see this shit.

SK8ER BOIZ portrays, at a high level, what Skateboarding means on an individual level, not what gets fed to us by TV, Movies, and Pop Culture.

And that… Well, that’s a beautiful fucking thing!

Chris Sullivan is an award-winning writer, director, and producer who tells funny stories about sad people. A former singer in punk bands, his plays have been produced or developed at Ensemble Studio Theatre, The Flea, The Echo Theater, The Blank Theater, The Tank, NYU, Silent Barn, Tiny Rhino, ICA (London), Big Funk Company (Paris), and have been taught and produced at universities such as UCSD.

He holds an MFA from the USC John Wells Writing for Screen and Television Division, and a BFA in Dramatic Writing from NYU Tisch. He is a former member of The Echo Theater Playwrights LAB, and the Obie-Award winning Youngblood group at Ensemble Studio Theatre. He is a winner of the Hudson Memorial Award, Filmmatic Inroads Fellowship, and was a finalist for the Playing on Air Stevenson Award. His episodic series Guess I’m a Ghost was featured in over a dozen film festivals, including SeriesFest. Originally from New York, he now lives in Los Angeles.

Enjoying the site? Join for free to blog about anything that resides in Skateboarding Culture. Peace and LOVE!