The board was just as flat as the South Florida streets I skated. No concave. I assume my dad bought it for me because we both surfed, and he thought it would help with my balance. I surfed with my dad at least twice a week, but he never put a foot on a skateboard.

I had nobody to teach me, I rode alone.

I never saw anyone else skateboarding. We had a TV with bunny ears on it, but even if we had cable skateboarding wasn’t on TV at the time. The X-Games were nearly a decade away. No local skate shops, so no magazines or skate videos available.

I didn’t know Thrasher was a thing. So I skated alone, in a vacuum, until I was in fifth grade in ‘95. The elementary school I attended (which my mom also work at as a teacher) was within close walking distance from our house. One day I skated there and the most amazing thing happened. I saw other people skateboarding.

Not only that, but they had these funny looking concave boards & were grinding curbs and doing flip tricks. Shit that I never even imagined was possible.

I found my people.

After introducing myself and skating a bit we went to one of my new friend’s house and watched skate videos on VHS. My head almost exploded. So that was it. That was the moment. After that, I had my mom drive me an hour north to Melbourne to get a legit Anti-Hero board, and started skating everyday at the school.

Like a week in, well before I ever attempted a grind, the guys were like: fuck, these ledges need more wax. Popping into a skate shop & buying skate wax wasn’t an option… but luckily since my family was extremely cheap (cuz we didn’t have much) we never threw candles away. My mom would keep used birthday cake candles in the fridge for future use. I have no idea why the fridge, unless maybe the south Florida heat might have melted them?

…But anyway, I snagged the used candles we had for the advent wreath (which had been used for at least 2 seasons) & waxed the fuck out of the ledges at the school. That shit elevated my status in the skate crew… when advent season rolled around later that year & my Mom couldn’t find the candles I just shrug my shoulders and said I dunno.

I’m sorry momma, I stole the candles… but kinda also not sorry…

It’s from those humble roots Skater Claus was born. 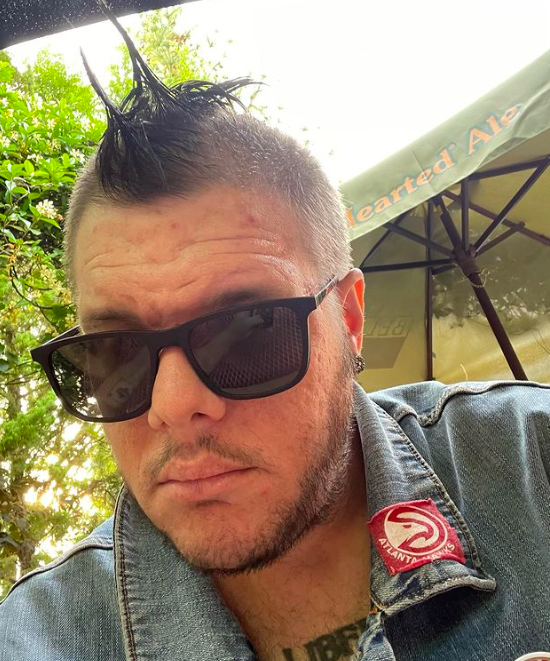 I rode alone, I found my tribe, I was and will always be a weirdo outsider skate rat. Somehow it just kinda worked out though. Now I’ve figured out how to take a skateboard and stab it into the heart of injustice.

I was a lonely kid, but I had a skateboard, and that made all the difference. I’ve given out soo many skateboards to kids in need that I’ve lost count. I don’t really have a specific goal or endgame, but I hope some kid I gave a board to steals his mom’s candles. Uses them to wax a curb, & that it makes a positive impact on their life.

Cuz stealing those candles was somehow one of the most important things I’ve done in my life.